With dynamic musical taste and timing sharper than a razor, Sterling Moss is renowned for his technically explosive DJ style that never fails to electrify crowds the world over.

Having toured extensively throughout North America, South America, Europe, Asia, Africa and Australia, Sterling regularly rocks dancefloors around the globe in an exotic list of locations, playing at clubs and festivals to hundreds of thousands every year alongside the world’s DJ elite.

Once resident with Dancevalley & HQ in Holland and Tribal in London, Sterling also served a ten year residency with Harley Davidson as tour DJ on their European Bike Festivals, playing for them at destinations all round Europe, culminating every September with the 100,000 attended European Bike Week in Austria.  He now holds a six year residency with Silverstone Classic at their world famous Formula 1 racing circuit, plus a new residency with the massive Rave Line parties in Paris, France.

While constantly striving to innovate with his productions and DJ’ing, Sterling Moss always looks to explore new musical territories and ideas, while relentlessly touring his compelling sound around the globe.

Music production has remained the in-demand creative mainstay of Sterling’s abilities, including UK chart success and his own label catalogue of Rebeltek, Raceway, Racetrax and 99.9 supporting his musical output onto more than 50 other international imprints with hundreds of vinyl releases including:

The now legendary ‘Rebeltek’ label was launched in 2014 under the guidance of Mr Moss, showcasing fresh new sounds from London town that have already been destroying dancefloors around the globe.  The first release featured a limited edition gold vinyl, which has cemented its place in the racks of vinyl diggers for years to come as a must-have first edition on this new imprint.  The second release ‘Hit Me With Your Acid Box’ on silver vinyl has become an Acid Techno anthem, with it’s rolling hooks and memorable lyrics creating havoc in parties around the world.

Sterling has worked alongside the mighty Stay Up Forever crew for many years, tirelessly stoking a 303 & 909 driven rebellion in the studio alongside Chris Liberator to create a huge body of work that has ripped dancefloors apart across the world with devastating effect.  They have sold out events in countries including Australia, Japan and Brazil with their live show, their remixes of Sicknote, Tribazik, The Dice, Miss Djax & Patrick DSP and Dynamo City’s ‘One Night In Hackney’ are universally acclaimed, and their genre defining hits including: ‘Scum Like Us’, ‘Croydon Girl’, ‘Punk Attitude’, ‘I’m Bored’, ‘Acid Techno Wah Wah’ and ‘Massive Line’ will be making waves for years to come.  In conjunction with SUF, Hydraulix &LWE, Sterling was also part of the team who promoted the groundbreaking ‘London Underground United’ events, which sent shockwaves through the capital’s party scene, rocking the city to its core.  More recently he has also worked on London’s ‘Retroflex’, ‘Backlash’ and ‘Rebel Alliance’ parties.

‘E.S.C.’ is another alias Sterling has recorded under as part of ‘The Boardroom’ collective with Steve Boardman.  Their work saw its way onto two highly acclaimed collaborative albums with Andrew Weatherall, which received rave reviews from the music press. The collective also played live at some of the world’s most prestigious venues including London’s ‘Fabric’ & Berlin’s ‘Panorama Bar’.

The ‘Sound Lab’ studio is the nerve centre for Sterling’s production work, but he also worked extensively alongside Roland Synthesisers Japan as an official programmer on their MC-909Groovebox, after they were impressed with his use of their vintage TR-909 drum machine.  He has also released two sample packs with Chris Liberator through New York’s Industrial Strength Records, which contain a wide-ranging palette of sonic tools for up and coming producers to utilise. 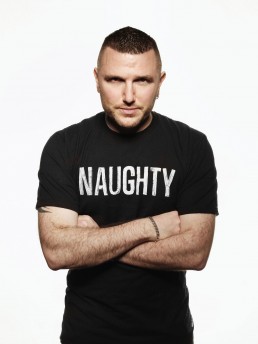